Bump Forsaken RP 18+ back to the top of the list

Want a discount?
There are currently 13 featured servers, 9 of them are offline.
The base featured price is $5.00 a week. To prevent our site from being overloaded with featured servers the base price is multiplied based on the total featured servers at the time. By featuring a server you agree to our Server Cash™ terms.
All votes have been reset to start a new voting cycle Though the server population is small, everyone has been beyond awesome. Good place to go if you want to roleplay and just hangout without the drama that most larger servers bring. The admin them self if very hands on and spends most if her time helping other members with just about anything.

"The Character does not reflect the person behind it…"
***NEW***
AOC, EEWA, Level 300, Custom Races and Classes, Flying, Level Arena, Daily Quests, Daily Dungeon, and more!

We are a laid back, relaxed RP/eRP server with a focus on RP. Players of all levels of roleplay are welcome here, whether they are new to it or are roleplay heroes. Forsaken is a high fantasy, multi-universal/multi-realm lore with a DnD twist for story progression. The lore is that of its own which also ties in AoC.


A wizard plagued by corruption, his mind driven mad. Whispers in his ear about chaos and destruction, and a new found power coursing through his veins. Unable to think straight, his thoughts clouded and mind practically taken over, he unleashes creatures of corruption amongst all the realms. The balance of magic is thrown awry and each of the realms begins to crumble, death spreads across the lands, threatening all that is held dear….
But not all is lost. The realms once separate, are now merged as one, and on top of the impending danger of the dark wizards forces, a new threat arises. 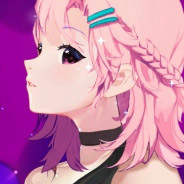